In this new tutorial you will learn how to create a happy snowman character in Adobe Illustrator.

Winter is magical! Let’s get into the winter holidays spirit by drawing a happy snowman character in a snowy landscape. You will go through the process of drawing the character and the entire illustration step by step using simple shapes, gradients and a few effects. By the end of this tutorial, you will improve your character drawing skills so let’s begin!

Step 1
Launch Illustrator and go to File > New in order to open a blank document. Type a name for your file and set up the dimensions then select Pixels as Units and RGB as Color Mode. Next, go to Edit > Preferences > General and set the Keyboard Increment to 0.5 px and while there, also go to Units and make sure that they are set like in the following image. I usually work with these settings and they will help you throughout the drawing process. Step 2
Grab the Pen Tool (P) and draw an ellipse shape like in the image below. It doesn’t have to be perfectly round because this will be the head of the snowman. The size of this ellipse is about 242 x 210 px. Color it with white; then go to Effect > Stylize > Inner Glow and apply the settings shown in order to create a beige shading inside the edges. Step 3
We will continue with the eyes. Use the Ellipse Tool (L) to draw two elongated ellipses of about 27 x 52 px. Color them with a linear gradient from navy blue to black at a 60 degrees Angle.

Step 4
Now, draw a smaller ellipse inside each eye filled with white as highlights. Go to Effect > Blur > Gaussian Blur and apply a Radius of 2 px to make them smoother.
Continue to draw other two ellipses, even smaller and arrange them in the lower left side of each eye. Color them with white and then apply a 1.8 px Gaussian Blur. Step 5
Next, use the Pen Tool (P) to draw the shape of a baby carrot as the nose. Color it with the linear gradient shown.
To add a highlight on the nose, draw an ellipse at the top of it and color it with a radial gradient from yellow to black. Set the Blending Mode to Screen and reduce the Opacity to 80%. Step 6
It’s time to create a small shadow under the nose. Draw an ellipse over the nose but send it behind it. Color it with a radial gradient from brown to white and then set the Blending Mode to Multiply. Step 8
We will continue with the eyebrows. Use the Pen Tool (P) to draw a shape like in the image below above the right eye. Color it with a radial gradient from white to beige. Once done, Copy and Paste in Back (Control-B) this shape and move it downwards a little by pressing the Down Arrow key on your keyboard. Color this copy with the radial gradient shown; then set the Blending Mode to Multiply and reduce the Opacity to 40%. This will act as the shadow under the eyebrow.
Repeat the same thing to create the left eyebrow or you can reflect vertically the right one. Step 9
Use the Ellipse Tool (L) to draw two ellipses on the cheeks. Color them with a radial gradient from pink to white and then set the Blending Mode to Multiply. This will create a pink blush on the cheeks of the snowman to make it cuter.

Step 10
Next, we will create the hat. Draw a square-like shape on top of the head and color it with a linear gradient from navy to black. Continue to draw a thin shape at its bottom an color it with the same gradient. Make sure to bring the left eyebrow in front of these shapes. Step 11
Next, draw a stripe at the base of the hat and color it with the linear gradient shown.

Step 12
To add a highlight on the hat, grab the Pen Tool (P) and draw a V-like shape in the upper left side of the hat. Color it with dark gray and then set the Blending Mode to Screen.

Step 13
At this point the head of the snowman is ready and we will continue with the body. Draw a rounded shape using the Pen Tool (P) and color it with white. Next, go to Effect > Stylize > Inner Glow and apply the settings shown to create the shading inside the edges like for the head. Step 14
Next, draw a shape like in the image below between the head and the body as the scarf. Color it with the radial gradient shown and use the Gradient Tool (G) to adjust the angle. Step 15
Copy and Paste in Front (Control-F) the shape of the scarf and change the fill to a radial gradient from white to brown. Use the Gradient Tool (G) again to adjust the angle so the brown color is visible a little at the bottom. Set the Blending Mode to Multiply and this will create a shadow at the bottom of the scarf. Step 17
Let’s create the arms of the snowman. Use the Pen Tool (P) to draw the shape of the right arm like in the image below and color it with a radial gradient from gray to black.
You can leave the arm as is or you can continue to draw a simple mitten shape. Color it with a red radial gradient. Step 18
Focus on the mitten and draw a small border at its bottom. Color it with a white to light gray radial gradient.
Select all the shapes that make up the arm and Group (Control-G) them. Go to Object > Transform > Reflect, check Vertical and hit Copy to obtain the left arm. All you have to do is to move it into place and change its position as you want. Step 19
The same thing goes for the legs of the snowman. First, draw the shape of the left leg and then draw a simple boot shape. Use the gradients shown to color them. Step 20
Draw a similar right leg or you can reflect the existing one as you did earlier. At this point the snowman is ready. Step 21
To create a shadow under the snowman, draw an ellipse using the Ellipse Tool (L) and then send it in back. Color it with a radial gradient from light gray to white; then set the Blending Mode to Multiply so it blends with any background that you might choose and also, reduce the Opacity to 50%. Step 22
To complete the winter themed illustration we need to create a snowy landscape. Use the Rectangle Tool (M) to draw a rectangle having the same size as your artboard. Color it with light blue and move it in a New Layer behind the snowman character.

Step 23
Next, use the Pen Tool (P) to draw two mound shapes like in the image below. Color the bigger mound of snow in front with white and the smaller one in the back with light gray.
Select the background shape and then Copy and Paste in Place (Shift-Control-V) to make a copy of it. Keep this copy selected (stroke-none, fill-none) along with the two mound shapes and go to Object > Clipping Mask > Make (Control-7). Step 24
Grab the Rectangle Tool (M) and draw a rectangle having the same width as your artboard and position it like in the image below. Switch to the Pen Tool (P) and draw a classic Christmas tree shape; then start to make copies of different sizes and arrange them above the rectangle, next to each other.
After you are done, select the rectangle along with all the trees and press Unite in the Pathfinder panel to merge them into a single shape. Color the newly obtained shape with light blue and send it behind the mounds of snow. Step 26
Grab the Pencil Tool (N) and draw a random swirly path over the entire illustration like in the image below. Stroke it with the Snow Scatter Brush and set the color to white. The snowflakes will become white as well.
With the path still selected, double click on the brush stroke applied in the Appearance panel to open the Stroke Options window. There, set the Size, Spacing and Scatter to Random and play around with the Minimum and Maximum values until your snowflakes are scattered all around the artboard and you are happy with the way it looks. Here are the settings that I’ve used to obtain the snow fall look: Step 27
Expand the stroked path created in the previous step and then reduce the Opacity of the entire snow fall group to about 60%.
You can complete the illustration with bigger snowflakes but this is optional. You can find and download plenty of vector sets of snowflakes in various designs and shapes. Copy one that you like into your document and make more copies of different sizes. Arrange them and incorporate them into the snowfall by reducing the Opacity for each of these snowflakes to 30%-70%. Awesome work!
Here is the final image of the winter themed illustration with the happy snowman. I hope you enjoyed this tutorial and that you learned new things today that you’ll apply in future projects. Keep drawing! 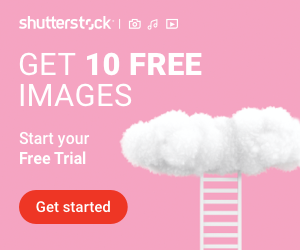 Are you searching for free stock vector illustrations of winter scenes? Want to highlight winter sports, activities, or landscapes in your next creative project? If so, this post is for you! Below you’ll find 30 snowy, free stock illustrations and…

In this new tutorial you will learn how to create a super boy character in Adobe Illustrator. If you love cartoon character design, then this tutorial is just for you. Follow each step and improve your drawing skills whilst creating…

In this new vector tutorial you will learn how to create a summer inspired text effect in Adobe Illustrator. Follow this tutorial and learn how to draw a fun text effect useful for summer illustrations, posters, cards and all sorts…